Before we look at what Heroes counter Bastion, we should understand some of his strengths and weaknesses. The general strategy to bastion is one of the simplest in Overwatch, however, It can be easily countered by the right Bastion Hero Counters. Bastion Counters mainly Long range Heroes like Widowmaker, hanzo and even junkrat. certain cases heroes who can get behind bastion like tracer and reaper, are able to damage bastion Weak point making them great Bastion Counters.

Bastion is a hero with two main forms of damage. The first being a fairly mobile form with a submachine gun, the second being a totally stationary turret transformation. Both of these perform in remarkable ways, and must be utilized to their fullest.

The most important part of Bastion’s kit is Reconfigure, which turns him into a stationary turret machine gun. This turret transformation has one of the highest damage per second output in the entire Overwatch game, being able to melt and shred through shields and Tank heroes alike. However, it poses two huge weaknesses to Bastion survivability. The first being immobility, which causes you to become an easy target for long range Heroes. The second and biggest is a weak point that appears on Bastion’s back side in turret configuration, heroes who can easily get behind you can kill you quickly with this weak point. Such as genji, tracer and even reaper if given the chance are excellent Bastion Counters. 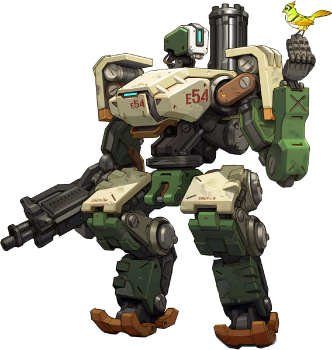