SSB4 Tier List remastered for Cloud Strife’s release. This means the entire meta game will change. If that doesn’t strike motivation in you to go play, this guide will. Cloud Strife is strategically very powerful, why? His ability kit and speed gives him the capabilities to match up against almost anyone played in competitive smash tournaments. 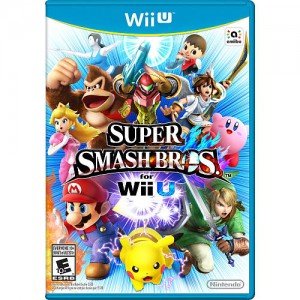 To win every game they say ‘practice makes perfect’. Smashing your friends or opponents requires a few tips and techniques tagged with the best characters to play in smash.

From the opinions of pro smash players and pro gamers who actively dominate in super smash bros. Ranked Boost brings you one of the most powerful Super Smash Bros Tier List, strategy and character pick guide. 4BR smash for the wii u is also out.

If that’s not giving you even more of a reason to utilize this list, i don’t know what will.

Let’s start off with the best to worst. You’re probably aware of how the tiers work in smash right? No worries there is a quick guide to get you caught up. With the addition of the latest characters Cloud, Corrin and that sexy Bayonetta. There will be alot of changes. Quick reminder, this is for the wii u and 3ds. I put in a ton of time creating this list so i hope it makes a decent impact on how you play the game. I can guarantee you, your win rate will increase and so will your confidence.

S and A tier features the most dominate characters to play in the game. See what the pros like Mang0, Leffen and Zero are playing during smash 4 tournaments. B and C tier have many that are almost as powerful but not quite.

Then there is the Tier Lists for other Super Smash games like Project M and SSBM. It may take some extra practice during your free time to master these ones. Avid players say the tiers below the average tier aren’t really worth playing if your goal is to win the match. You’ve seen it right? counter picking your opponent is sometimes necessary to win the match up. For example, If you’re facing against donkey kong you would want to Pick a Light Weight Counter such as sheik or diddy. They also happen to be a top tier smash 4 tier list pick in ssb4 If you understand your foe you can also choose the ones with counter abilities.

Reading your enemy’s movement is key to victory and understanding your next move. Using your shield to block and absorb damage will also give you amazing opportunities to strike. With Slow Characters Heavy Weights like Bowser and Charizard, Its important to know who your versing Since Light Weight characters will have advantage over Slower Heavy Weights. Counter Picking really depends on who you’re vsing and if you don’t know who you’re facing. Well… your best chance is to pick something super safe and reliable. Rosalina leaves her opposing fighter almost no windows of opportunity to attack. Her abilities cover a huge radius when used and they also provide a decent amount of crowd control. Keeping that in mind will defiantly give you the edge in the match.

Quick tips on winning other players

If you’re having trouble winning your matches, here are a few tips to keep in mind when battling it out in super smash bros.

By using the tips and techniques listed you should be fully capable of destroying your friends and online foes or even the computer player on level 9. Remember, you’ll need to work on your individually game-play in order to improve. So when you’re eating or bored try watching a twitch stream of a pro super smash bros 4 player.

Super Smash Bros Tier List explanations and what they mean

S Tier is the strongest among them all. The characters listed here are hands down the best.
A has many that are excellent and pretty hard to beat on the battlefield.
B features many viable picks that are able to do well against everyone.
C holds the ones that are decent but can be countered easily.
D showcases the average performing picks, they do okay but a different pick would be a better option if you’re looking to really win the match.
E these are not some you should really play unless your trying to go easy on your opponent by giving them a chance.
F Tier displays the worst performing, you should flat out avoid these.

That’s it! Keep in mind that this ssb4 tier list is always updated and can be used for wii u and 3ds. It’s ever changing so make sure to come back every now and then to see what’s new and powerful.

if you have any questions or want to leave your thoughts in a comment down below. Don’t forgot to check out some of the other pro tier list made by pro gamers.