Welcome to our World of Warcraft Classic Rogue Builds List. We detail with an image the Best Talents to pick up for each Spec Combat, Subtlety and Assassination. We also explain the best Races and Specs to choose from with the Rogue Class, you can find links to each full build with gear stats and other useful information.

Since Rogues are best used in PVP the best races ranking below is heavily influenced by this, because of this Orc, Dwarves and Undead Racial Traits the remove or reduce CC is really good. Gnomes are also a solid choice, whereas Troll and Night Elf are alright but are not recommended or considered the best by us.

As from some Hybrid Spec Builds these are the 3 main specs players use with this class and all perform very well in PVP battlegrounds as you might expect. Subtlety plays the most like a rogue out of all of them, however, we recommend using Combat and assassination as they provide more overall power.

We recommend this spec for levelling from 1-60 and is just as viable in PVP Battlegrounds. If you plan to level up solo then we recommend our Leveling Spec for Rogue and travelling to specific locations. 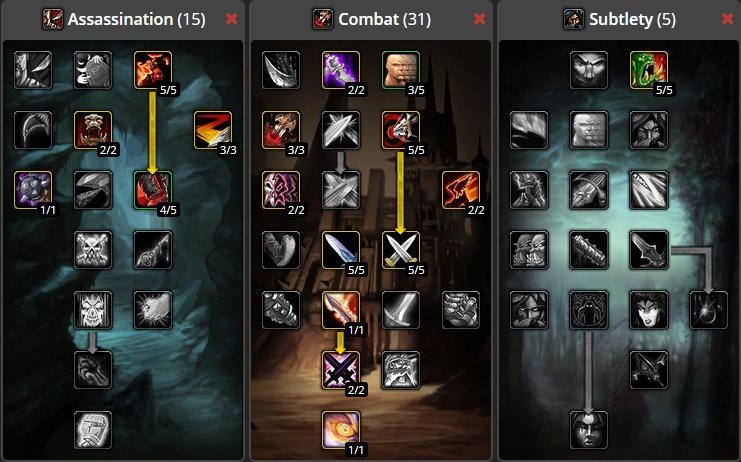 A solid Melee DPS for PVP, like most Rogue Specs, this one, however, uses Expose Armor Talent which is very useful versus Plate Wearing Warrior and Paladins. This spec also can gain extra combo point through various ways using the Seal Fate and Relentless Strikes Talents. This spec plays heavily around stealth and backstab, and in some cases can re-stealth for free with the Improved Sap Talent. When you open on targets you are expected to kill them or at least leave them bleeding and then re-stealth to find your next victim. If you like that playstyle then you will likely find to be fun in the PVP Battlegrounds of Classic WoW. 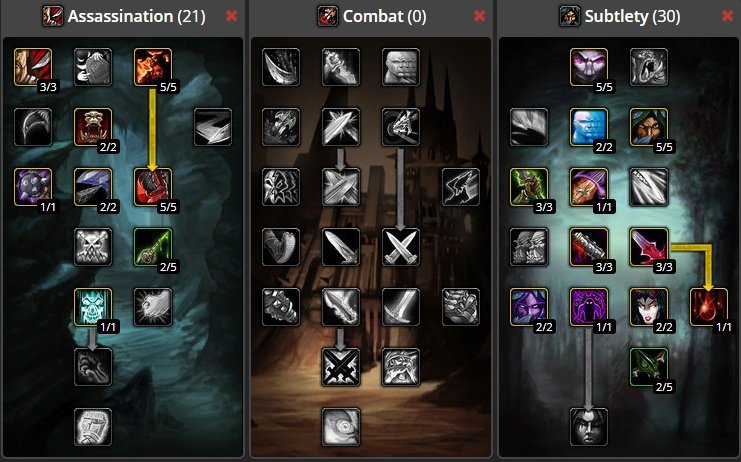 You can view even more WoW Classic Rogue Build Guides by Clicking/Tapping the links below.

You can view more WoW Classic Class Guides by Clicking/Tapping the links below.