Victorious Ward Skin is a League of Legends Limited Edition Ward Skin Season Reward, based on the amount of Ranked Queue you have participated in. The Ranked Team Season Reward Ward Skin this year will only be 1 type of Ward Skin and can be unlocked by ranking up in multiple ranked queues.

These are the Season 7 Ranked Ward Skin Season Rewards, RIOT plans to release more information about them later in the Season 7.

How Do I Get The Victorious Ward Skin?

League of Legends Ranked Tiers of Silver and above are eligible for skin reward, the only requirement is you have to reach Silver or Higher Ranking in 2x or more Ranked Queues to unlock the Reward.

The Ranked Season Reward Ward Skin is given to players who have reached Silver, Gold, Platinum, Diamond, Master, and Even Challenger before the end of the season.

For example, you can be Diamond

In Solo Queue and only Silver

in the 3v3 Ranked Queue and you will still Unlock the Victorious Ward Skin Season Reward for 2018.

What Ranked Queues Will Unlock the Season Reward Ward Skin?

Any and all League of Legends Ranked Queues are Eligible, just in case you are wondering this includes the following:

At the moment fastest way would be 3v3 Ranked since the games are shorter on average, we recommend you try out our 3v3 Ranked Best Champion Tier List.

When Do I Get My Ward Skin Season Rewards?

Season 8 will end in December and you can expect to have your 2018 Season 8 Rewards unlocked by the end of November. 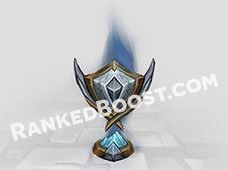 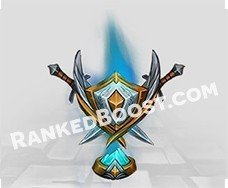 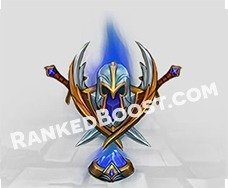 (Picture of the 2016 Championship Ward Skin)