Where Do I Find Pokemon GO Mewtwo?

Pokemon GO Mewtwo Raid Boss will be the first Pokemon available for invitation only EX Raid Battles which will appear periodically around the world.

How Do I Participate in This Pokemon GO Mewtwo Raid Boss Battle?

You will be invited to this Pokemon GO Mewtwo exclusive raid, but only if you have recently ("past few weeks") completed a raid at the Gym where the now exclusive Pokemon raid is taking place.

This should give players plenty of time to organize and prepare themselves.

You would normally find and catch Pokemon GO Mewtwo in Residential (Night Time), Grassy Areas Locations since it's an Psychic type. However, This specific Pokemon can only be captured after defeating it in a Raid Battle. Raid Bosses spawn at Gym locations and players use Raid Passes to enter the battle.

This is the Pokemon GO Mewtwo Raid Egg. Only Legendary Pokemon can reach Level 5 Star Difficulty. 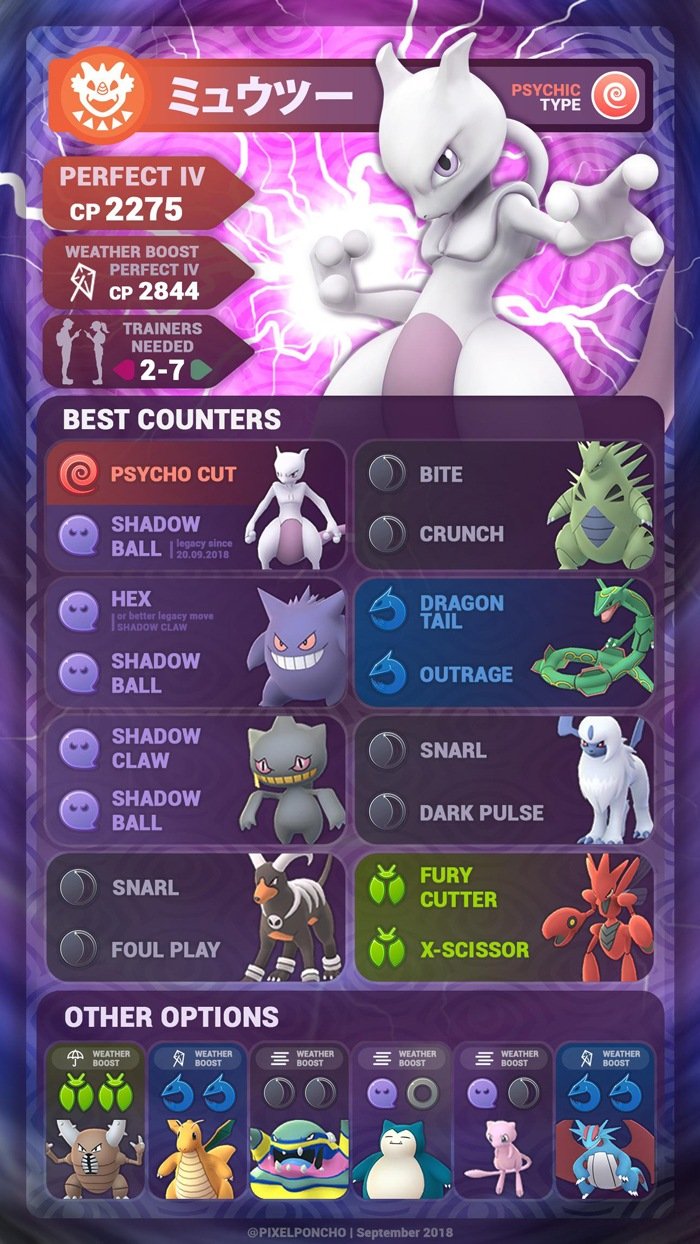 What is Pokemon GO Mewtwo Weak Against

Egg Pokemon that can hatch from 2KM, 5KM and 10KM Eggs.