Zelda Breath Of The Wild

Welcome to our Zelda Breath of the Wild Keo Ruug Shrine Walkthrough Guide. The Location of the dungeon and help on how to solve its puzzles, also the type of Items within the Fateful Stairs Keo Ruug Shrine. 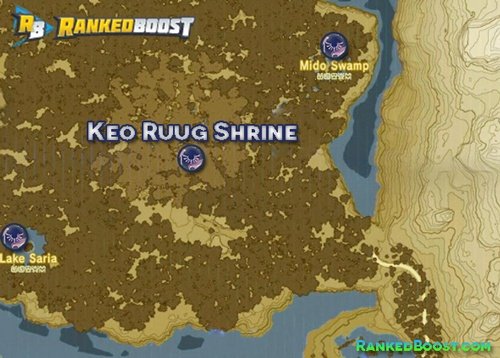 From the Woodland Tower you can follow the path leading NorthWest and reach a foggy area with an arch, once there you will need to navigate through the Lost woods before reaching the Korok Forest.

Having Trouble Getting to the Korok Forest?

You Can Learn How To Travel Through the Lost Woods and Find not only this Shrine but also the Master Sword.

As you begin the Zelda Breath of the Wild Keo Ruug Shrine Fateful stairs, the first thing you will notice is athe large amount of sphere receptacles on each side. In this Dungeon you’ll need to fit the spheres on both sides into receptacles that match some of the constellations scattered across the walls. Take note of the amount of torches by each row of Receptacles.

Starting on the Far Left

After you have completed that puzzle the gate beyond will open, leading to the Monk.

How To Get Keo Ruug Shrine Treasure Chest: Knight’s Claymore

Note: If you turn and look right down the stairs, you’ll spot a second sealed gate with even more constellations. To open this second gate you’ll need to go back and re-order the spheres in this new order: First sphere: four torches

This will open a new gate to a chest that holds a Knight’s Claymore.

Meet Monk Keo Ruug to complete the Keo Ruug Shrine Fateful Stairs and you’ll get a Spirit Orb as a reward.

View All Of Our Shrine Walkthroughs Here:

You Can View Our List of Weapons and Clothing Locations Here:

You Can View Our List of Recipes To Help You Prepare For Your Adventure:

Zelda Breath of the Wild