Welcome to our Warcraft 3 Reforged DotA Best Heroes Tier List, DotA also known as Defense of the Ancients is a custom map MOBA. Like most mobas, you will need to select a Hero and we have ranked the Weakest and Strongest Heroes in the WC3 DotA Allstars Map. 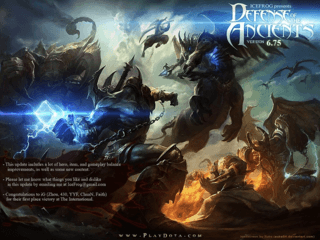 Here we will explain how this Defense of the Ancients DotA Tier List works, each ranking holds many heroes and gives a general idea of what to expect from the heroes within it.

Now that you understand what each ranking in this Warcraft 3 DotA Heroes Tier List means, we can finally rank all of these Support, Solo, Ganking and Farming Hero Picks. Keep in mind this Tier List will be kept updated as the Meta changes for this popular WC3 Custom Map.

What’s the Best Hero To Play In WC3 DotA?

When it comes to DotA like most MOBA games there are strong champions at any given point during a Patch or Meta, however, this does not mean that they cannot be countered by another hero who has the advantage in lane.