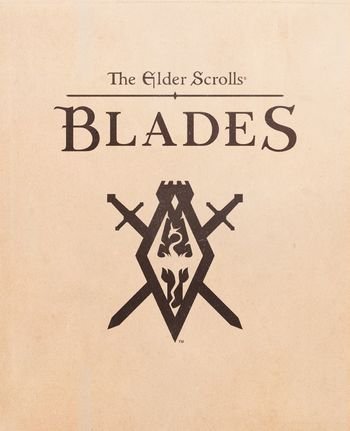 Before we jump into the Weapons List you should know one of the biggest difference between these weapon types.

Greatswords, Battleaxes and Warhammers are Heavy Weapons in Elder Scrolls Blades, they attack slowly and get little benefit from combo attacks, but deal the most damage, with strong critical strike hits. Heavy Weapons also have the highest block rating, this is likely due to the fact you will not have shield since they require two hands to wield.

Daggers, Hand Axes and Light Hammers are Light Weapons in Elder Scrolls Blades, they deal low damage and have the weakest critical strike, but attack very fast, and can do great combos. They also have the advantage of being one handed so you can wield a shield.

Longsword, War Axes and Maces are Versatile Weapons in Elder Scrolls Blades, These are the most flexible of the 3 weapon types. You can wield with one hand and shield or you can wield it as a two-hand weapon for extra damage.

The Elder Scrolls Blades Best Weapons Tier List is based on stats. This tier list will apply across all platforms this game is available on, which at the moment is Android and IOS.

You can view more elder scrolls blades Guides by Clicking/Tapping the links below.