The Pokémon Day is the name given to a series of events for fans that are held around the world across a variety of titles. This one, in particular, will be the Pokemon GO Pokemon Day celebration Event will be affecting the Pikachu’s you catch in a way similar to the x mas event. 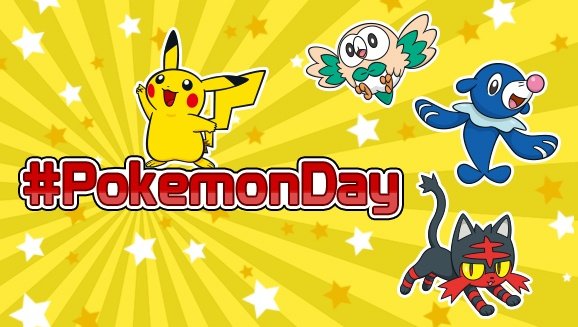 During the Pokemon Day celebration event, any Pikachu you encounter in the wild will be wearing a festive party hat.

Any Pikachu’s you catch during this event will keep their Party Hat with them forever, similar to the pikachu with a Santa hat which players were able to capture during the holiday season.

This comes just into time with the newly released Gen 2, which includes 80 new mons for players to find and capture. We will also likely see a slight increase in Pikachu spawn rates so that players have the opportunity to capture these festive mouses.

We mentioned above that other outlets will be participating in this celebration. If you are interested other Pokemon GO Pokemon Day Events going on:

Pokémon GO is available for Apple iOS and Android devices.