Below is an image of all the known Valorant Ranks in the game, and each rank has 3 Tiers, with the highest Rank Being Valorant and only has just one.

This is an explanation on how the Valorant Ranking System will work. 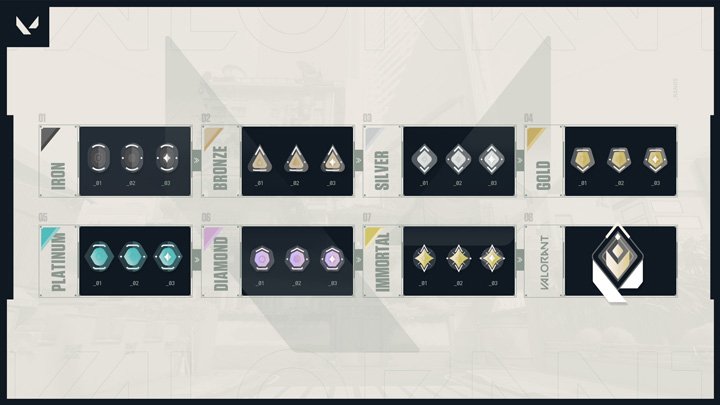 At the moment it is still unknown whether there will be Season Rewards based on your current Rank in the game, but like with most RIOT games, there is a good chance they will have something for the player to receive as a Reward at the end of the season closer to the release of the game. These could be in the form of Weapon or Character Skins and maybe even some Account Flair, we will just have to wait and see. We will keep this page updated if any new information becomes available.

During Beta players will have a chance to earn Beta Exclusive Rewards.