Welcome to our Jump Force Best Characters Tier List, here you can view all the characters ranked from the worst to the best. We will also include any additional information such as DLC Characters, and helpful tips for players new to this style of fighting game.

The Best Characters in Jump Force For PS4, XBOX1, and PC. Below this tier list players will find a complete Jump Force Character List with information on which anime series each character is from.

At RankedBoost we rank Fighting Game characters using a Tier List. You can find the Best Characters in the S Tier, the further down you go the weaker they become ending with F Tier. DLC Characters will be included and placed once they are available in the game. This list will apply across all platforms PS4, XBOX1, Nintendo Switch, and PC.

The list of all Jump Force Characters and the series they are from if you are interested in watching some anime.

From what we seen in the announcement trailer characters aside, players can look forward to iconic areas from the different series as stages. 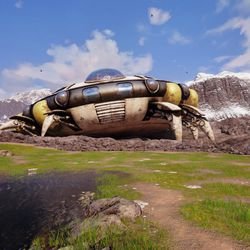 In Conclusion: This game appears to be the Super Smash Bros of Anime, borrowing heavily from the Naruto fighting games not that there is anything wrong with that. I’m betting now would be a good time for players to give this type of fighting game a try if they haven’t yet sometime in 2019. Good luck we hope you enjoyed our Jump Force Best Characters Tier List.