Welcome to our Injustice 2 DLC Character List, here you can find the All The DLC Characters who will join the roster. Currently, there 28 Playable Characters, 9 of which will be DLC. We have also included any new Stages, and Skins that are planned for release. 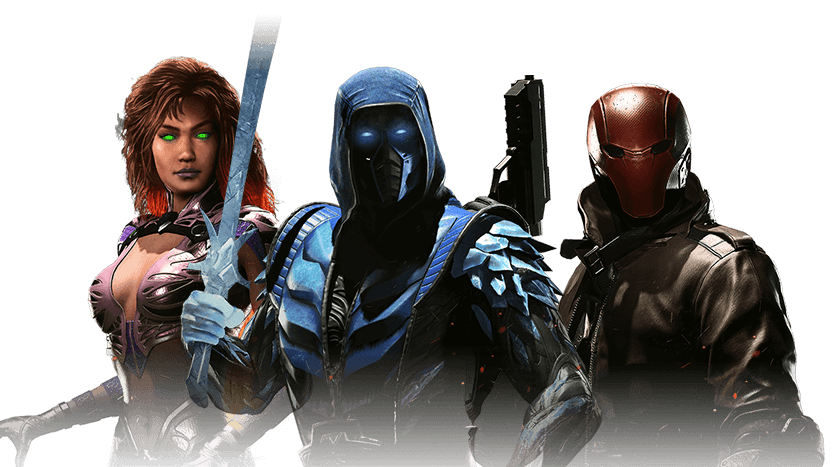 Players will be able to purchase these Injustice 2 downloadable content characters as they are released. 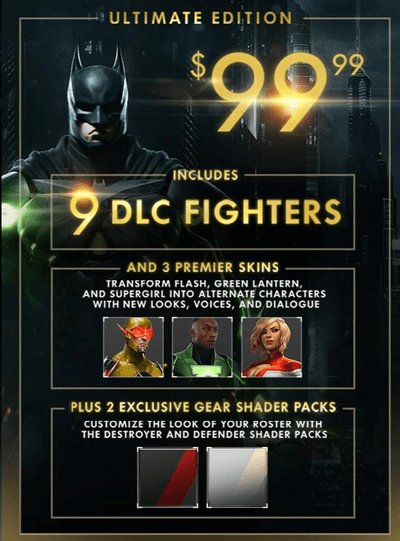 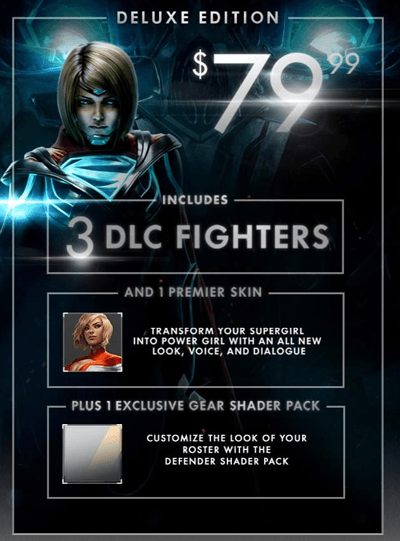 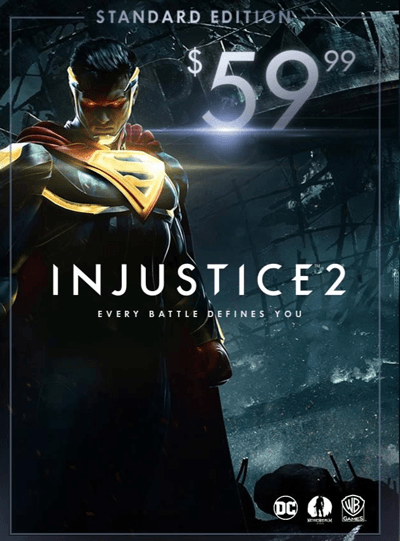 What we know about the 9 Injustice 2 DLC Characters teased so far. 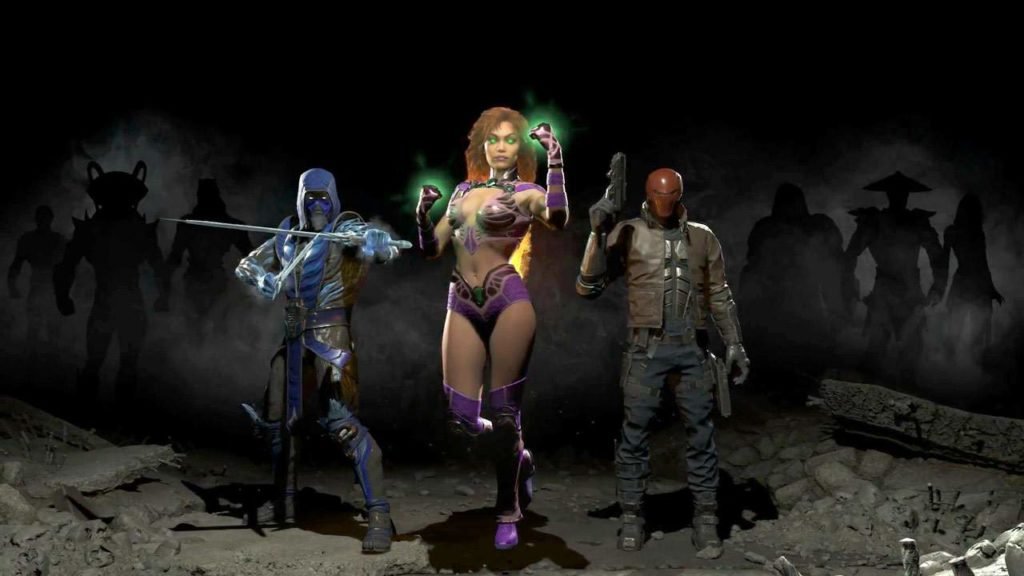 Based on the shadow shape we are able to assume there will be an Injustice 2 DLC Character by the name of Raiden. The other listed below are based on community voting forums that were held early before the release of the game.

(Click or Tap the Character to learn more about them.)

“WHY SHOULD DARKSEID FEAR YOU?”

A being of pure hate incarnate, the lord of Apokolips Darkseid demands the total subjugation of all existence. His merciless obsession has left a wake of suffering and obliteration as he seeks the Anti-Life Equation. With his invincible body, limitless strength, army of Parademons, and the annihilating power of his Omega Beams make him not only a threat to this world, but to every world within reach.

Jason Todd once served as Batman’s second protégé "Robin" before being brutally murdered by The Joker. Years later

His entire body now made of a substance called necroplasm, Spawn is able to wield demonic powers himself. These include producing spikes, chains and skulls of various forms in combat to slay enemies both mortal and supernatural.

“THIS PRINCESS FIGHTS HER OWN BATTLES.”

As the next Queen of Tamaran, Princess Koriand’r found herself the victim of her fratricidal sister's vengeful plot that resulted in their planet being conquered. Now a royal exile on Earth, Koriand’r uses her ability to absorb and convert ultraviolet energy as Starfire.

“I SEEK A WORTHY KOMBATANT.”

To honor his murdered brother, Kuai Liang entered the second Mortal Kombat tournament to exact revenge against Scorpion. With his retribution complete, he returned home to assume leadership of the Lin Kuei clan, as its Grandmaster, the second Sub-Zero turned the organization into one of Earthrealm’s most dependable allies.

Black Manta is one of Aquaman’s greatest villains. His lethal high-tech suit allows him to survive underwater and adapt to any number of situations with an arsenal of destructive weaponry. Despite his prominence, Manta remains an enigmatic figure, his identity and his origins kept secret. The motivation for his villainy is a deep-seated hatred for the sea due to strong emotional reasons, and a personal vendetta against Aquaman.

When Earthrealm was young, Raiden was its protector. He fought the rogue Elder God Shinnok, who wished to overthrow his fellow gods, in a war that threatened to destroy Earthrealm itself. One of the casualties of the war was the Saurian civilization (of which Reptile is a descendant), forcing the remaining survivors to emigrate to another world, which they named Zaterra.

(As more information is Released about Injustice 2 DLC, this page will be updated regularly.)