Elo Decay – How it Works in League of Legends 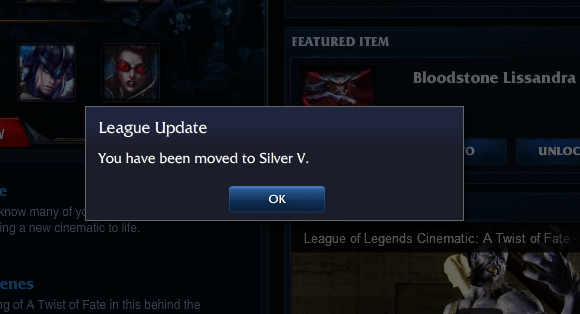 Each ranked game you win earns you League Points while each lost one decreases your current LP. The exact amount of lost or earned League Points per game depends on your hidden Match Making Rating. If you have higher MMR than a set amount for your division you gain more LP per won game and lose less LP per lost game, if your MMR is lower you gain less and lose more LP per game.

There is also League Points inactivity elo decay over time, by a set amount, if you haven’t played ranked in 28 days or 10 days if you are in Master or Challenger Tier. It decays per the set amount every 7 days afterwards until you play a ranked game. The amount of LP that you lose per decay period depends on the tier that you’re in.

Each tier (except Challenger and Master) contains five divisions, each division is numbered using roman numerals in a descending order from V(5) to I(1), with V being the lowest and I being the highest.

Tiers from the lowest to highest:

Divisions from the lowest to highest:

WHAT IS LP DECAY?

If you are in Platinum or Diamond, after 28 days of inactivity in a particular ranked queue, a couple things will happen. First, you’ll be hidden from the standings in your league. You will also lose LP depending on your current tier. Every seven days thereafter, you’ll lose LP until you play a match in that queue.

In the Master and Challenger tier, players will decay after becoming inactive for 10 days; this is to ensure only the top active players are being showcased.

The number of LP lost following each period of elo decay is shown below:

If you fall at or below zero LP as a result of decay, you’ll be placed into the next lowest division. If you’re already in division V of your tier, you’ll fall into the next tier down (for example, Platinum V to Gold I.). Tl;dr: don’t take a break from ranked for too long. :)

Elo Decay does not occur for players in Bronze, Silver, and Gold.

HOW IS MY LP DETERMINED AFTER DEMOTION?

If you are demoted out of a division or tier your LP will be set 25 or 75 LP, depending on your MMR at the time of demotion.

If you are being demoted from Master tier to Diamond I, the LP you are set with may vary even more.

HOW DO ELO DECAY DEMOTIONS WORK?

Demotions are based on your LP and are influenced by your MMR. If your MMR is significantly lower than the average for the current tier or division, every time you lose a game at 0 LP you run the risk of demotion. Shielding prevents demotion as described above, but it does not last forever!