Welcome to our PlayerUnknown’s Battlegrounds Grenade List. You can view the TOP 3 Best Grenade in PUBG and other useful Tips and Tricks. Timers before a Grenade Explodes and how to throw these weapons to do the maximum damage. 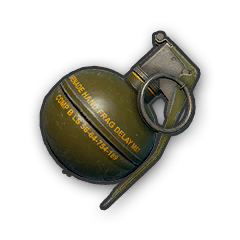 This weapon type is your best friend when it comes to players camping or hiding in a building. Throwing these through windows and other openings can flush enemy players out of cover.

How To Cook Grenades?

This is a term used for holding the Grenade after pulling the pin just long enough before you throw it at the enemy, giving the enemy less time to react and escape the explosive damage.

Holding it for about 3 seconds after pulling the pin will make reacting to the grenade much harder for your enemies.

Not Sure What’s The Best Weapon To Use When Surviving The Battlegrounds?