Welcome to our Warcraft 3 Reforged Legion TD Best Units Tier List, this custom map for WC3R allows player to make a defense for their king, defending oncoming Neutral and even enemy sent NPCs. Below we rank the Best Tower Units for Legion based on performance within the game. 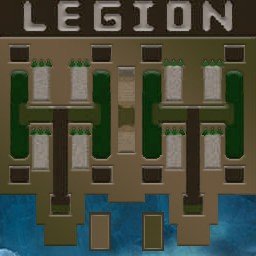 Here we will explain how this Legion TD Tier List works, each ranking holds many units and gives a general idea of how much we value them within this custom map.

Now that you understand what each ranking in this Warcraft 3 Legion TD Tier List means, we can finally rank all of these into 2 sections. The first section will be focused on Early Game Ranking of these Units and the second section is for the Mid Game as what is good will change depending on the length of the game.

These are the most ideal units to grab early on in the game and even upgrade early.

The longer the game last the more you will want to lean towards using these units, you will see some of the same units in the higher tiers, while other will have moved into lower tiers. Keep in mind that most if not all of theses should have some amount of purchased upgrades at this stage of the game.

What’s the Best Units To Use In WC3 Legion TD?

When it comes to Legion TD you will want an overall strong unit defense that is both strong in the Early Game and can be upgrade during mid to late game to become even more stronger.