Below we explain what Buffs and effects your team will receive from killing the Rift Herald, Baron Nasher, Ocean Drake, Infernal Drake, Mountain Drake, Cloud Drake, and even the Elder Drake in Wild Rift. We also explain what buffs you can obtain from Jungle Monster Camps in wild rift. These Epic Monster objective Buffs will work slightly differently than the regular PC versions of the game. 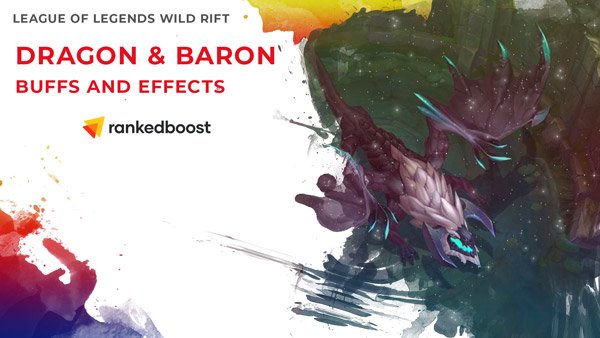 What do dragons do in Wild Rift?

There is 8 Dragons total in Wild Rift; early in the game 4 (Ocean, Infernal, Mountain, Cloud), Dragons each have a random chance to spawn and, when slain by your team, you and your teammates will receive a permanent buff. After players have slain at least 4 Elemental Dragons, the game will begin to spawn Elemental Elder Dragons, which grants even stronger buffs.

What does Baron Nasher and Rift Herald do in Wild Rift?

The Rift Herald and Baron Nasher are used to speed up the game, and when using the Rift Herald, players can destroy enemy tower early in the game. Baron Nasher Buff allows players to push into the enemy base and destroy the enemy nexus with powered up lane minions.

In Wild Rift, each jungle has two buffs that can be obtained from slaying the Red Brambleback (Crest of Cinders) and the Blue Sentinel (Crest of Insight) found within your jungle and the enemy’s jungle. When a champion is slain with Jungle Buffs, the buff will refresh and transfer to the killer.