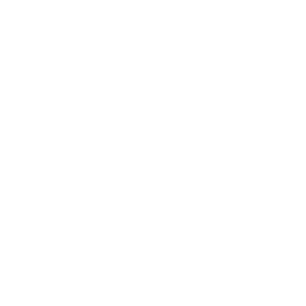 After each match, One player is given MVP and Awarded Points. At the end of the Split the player with the highest points will win the Split MVP Award.

One Player of Each Role who has the Highest In-Game Kill•Death•Assist Ratio/Rate will win the KDA Award.

The highest rate LCK Champion Bans, These LoL Champions will be banned almost every game versus any LCK Team. Other types of champion bans not listed in this Tier are most likely a ban targeted at a single players champion pool and not the current Meta.

The best LCK Champion picks, These Champions at the moment the best picks for Pro Players. You will see these champions picked a lot, if they are not already banned. expect korean players to pick a champion in God Tier since they are the most reliable picks in the competitive Meta.

Weak Champion Picks, These Champions have seen at least some competitive play. Its very unlikely you will see these champions again this Split in Competitive play, Since they did not perform well enough to warrant a second use.

Trying to find out who the Best LCK Teams are?

This Fantasy Esports Tier List ranks all the LCK Summer Split Teams from the Best to Worst. Increase your chances of choosing right LCK Teams that will win Every Week in Fantasy LCS • Vulcun Draft • Draft Kings • Alpha Draft.

The Best LCK Team Power Rankings, S-Tier has the strongest LCK Teams currently competing in this Summer Split. while C-Tier has some of the Weakest teams.

These teams are considered the Best LCK Teams and expected to be the best in the world.

These LCK Teams are Strong but not the best in Korea.

These LCK Teams are Average among the other Korean Teams.

These LCK Teams are the Worst and will likely lose games every week to other more experienced LCK Teams.

It would be unfair to rank brand New LCK Teams until they perform on Stage and under pressure.

South Korea Esport Scene is more developed then its western counter parts. This intern has allowed them to produce some of the Worlds Strongest Players & Teams. Competitive Gaming is taken more seriously in South Korea as a Esport, this Removal of Hard-Core Gaming as a Stigma has helped to grow Esports in Korea.

Currently South Korean is regarded as the best in terms of Players & Teams for League of Legends. A lot of this has to do with how Dominating the Korean Teams are over other regions in LoL Esport.

South Korea has some of the Best LoL Players in the World, With lots of Korean Player contracts being bought by NA LCS and LPL Esport Teams.

South Korean Organizations tend to be big investors in the Esports Scene. League of Legends Esports in Korea is a highly competitive, If a player is under performing or even not over-performing there likely to be replaced. This is even more true for popular Korean Teams such as SK Telecom T1, Since peoples expectation for this teams is high.

The newest addition to the every growing video gaming industry: Fantasy Esports. Fantasy Draft as some may call it, Players Bet on there favored Pro LoL Players and LCK Teams. Picking Players and Teams that you think will win is the objective, they more accurate your Draft Picks the more money you make with your Fantasy Esport Bets. Setting Up Roster, Selecting Players you think will carry and even win in the OGN all the while making money.