Are IP Boost Worth It? – League of Legends 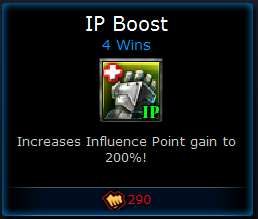 Are IP Boost worth buying in League of Legends? Well… that all depends on what game mode and how often you plan to play.

There are 2 different types of IP Boosts, Per Win IP and Duration IP.

I’l be explaining and showing to you which one is the most effective for your riot points and how you can stack them to get even more IP.

What Type of IP Boost is Worth it?

It depends on how you play league of legends. If you win alot, then per win ip is perfect for you because it’ll always have your boost active until you win the amount of games you’ve purchased.

If you win and loss ratio is average (50-60%) and you play league of legends alot. Then the duration is the one you want hands down, it will still give you extra ip even if you lose.

The downside to that? its duration based so it wears off after so much time has passed by.

How much Bonus IP Do i Get?

If you play normal you get a fair amount but if you play and win ranked you get almost double, but not quite.

It’s possible to stack them and quadruple the amount you would normally get. This is a technique used to farm ip.

If you buy both of the 2 different types, they will stack giving you close to 400+ IP if i’ts the win of the day.

How to farm IP in League of Legends

You can easily farm massive amounts of ip in league of legends from stacking them and using this method and also get any season rewards tier.

By winning ranked games you get almost double the ip that you would get from playing normal game types.

Almost 400+ IP per win is pretty amazing isnt it?