Free Reckful Permabanned in WoW – Reason Behind it 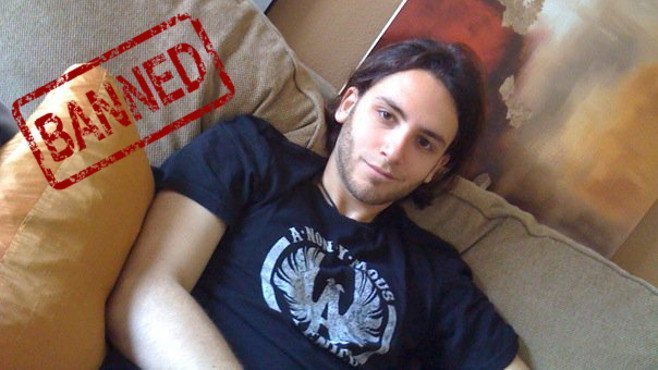 Update: It appears that Alex “Sodah” Ringe, a BlizzCon champion, has similarly been permanently banned from World of Warcraft for account sharing. Sodah and Reckful are currently roommates.

Very confused that account sharing led to a permanent ban. Obviously I would never have done it if I knew that was what I was risking. I have insanely rare items, mounts, titles, and a huge amount of time invested in the game. In the past blizzard has never permanently banned for account sharing without warning. I feel completely wronged and betrayed by my favorite game developers of all time.

Also disgusting to see countless people interrupt botting, fly hacking, battleground botting right now as I type this who will probably never be banned like I was. I appreciate my fans #Free Reckful and your support.

I was not boosting anyone’s rating. I was playing on my friend’s druid so I could play with my other friends without losing rating on my main character. Ask yourself if you have ever account shared before. Reckful did a poll on his stream where 84% of people said they account shared in the past. Do 84% of the playerbase deserve to be permanently banned? This isn’t fair.

Original Story: Of the thousands of gamers who stream on Twitch, only a handful ever get to turn it into a full time job. Free Reckful is one of the few that has “made it” by devoting his time and energy to sharing his passion for online gaming for the world to see. In turn, he has been able to make a living while enjoying his favorite hobby.

Reckful’s game of choice is World of Warcraft, a game where he specializes in PvP. Over the years, he has competed at the highest level of World of Warcraft’s arena, earning over 280,000 followers in the process. But now he faces his greatest challenge of all.

Yesterday, Free Reckful logged in to World of Warcraft to find that he had the worst possible message awaiting him. It was the seldom encountered Battle.net Error #22, one that meant that he had been banned from the game. Not for three days, or even a week. It was a permanent ban rendering all of his high-value characters unplayable.

This ban wasn’t made by mistake, either. It came shortly after Reckful had been playing on a viewer’s account. Over the years Reckful hasn’t been a stranger to account sharing, going as far as to say during stream that he hadn’t personally leveled his own Rogue. This time around he was playing someone else’s level 100 Paladin for fun. Although he didn’t feel like leveling one for himself, his decision came with the ultimate price.

In most account sharing situations, the user is warned before a permanent ban occurs. While Blizzard argues that it had previously warned Reckful, he disagrees and so do his fans chanting Free Reckful.

Be aware that malicious activity on an account does not simply include doing damage to that account but also sharing to gain an in-game advantage. The acct was warned for the same behavior previously. As such, the acct action will stay.

Many developers have used streamers to set an example for its terms of service. In this case, Blizzard is demonstrating that it doesn’t give streamers special treatment, and is very serious when it comes to account sharing.

Fans of Free Reckful, as well as Reckful himself, are very unhappy about the turn of events.They have taken to social media to voice their dissatisfaction. Blizzard hasn’t responded outside of the aforementioned tweet, and given its previous statement on Twitter there’s a good chance that may never happen.