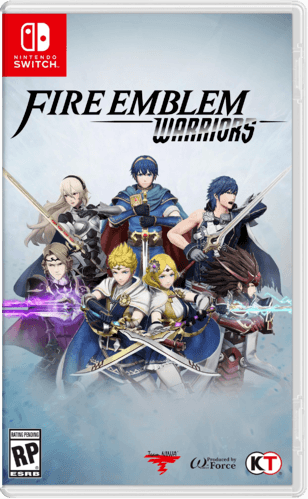 There will be three Fire Emblem Warriors DLC Character Packs that will release under a Season Pass. They are themed after Shadow Dragon, Awakening and Fates Series. Each Pack will contain the following:

Purchasing the Season Pass will Cost $19.99 USD and Rewards the Player with a Bride Custome For Lucina. 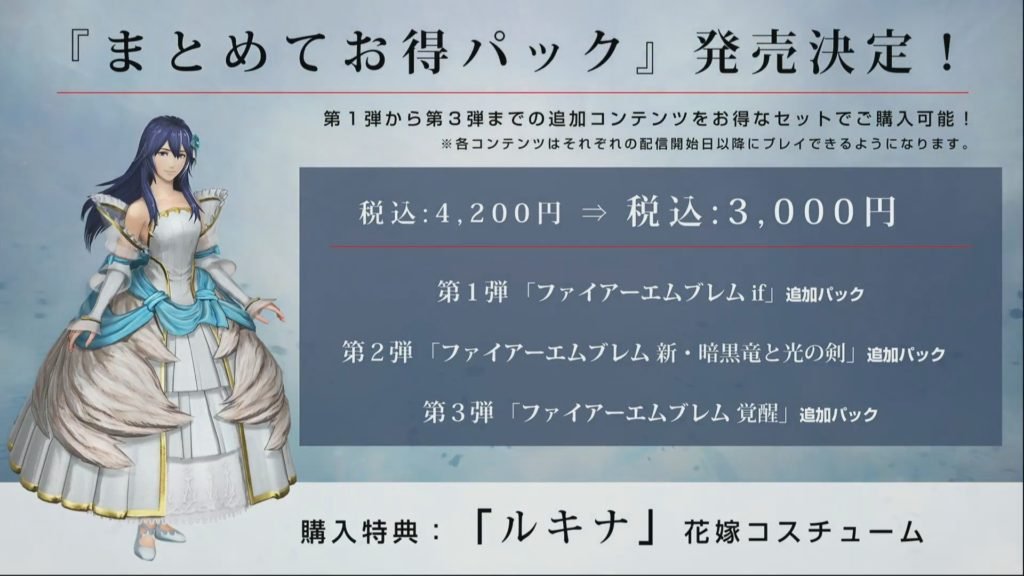 DLC Packs can be bought separately for $8.99 USD

The 3 Downloadable Content Packs Announced were also given an estimated release date. 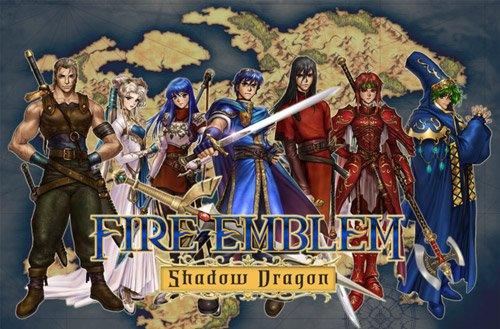 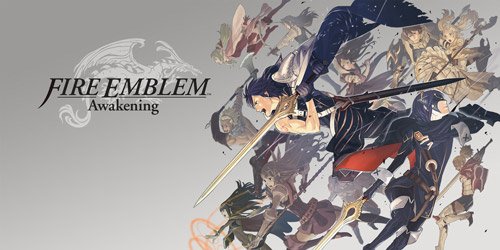 Koei Tecmo producer Yosuke Hayashi stated at TGS 2017 that future DLC beyond these packs are a possibility and will depend upon fan feedback. As more information becomes available this page will be updated with the NEW Characters, Maps, Weapons and Support Conversations.